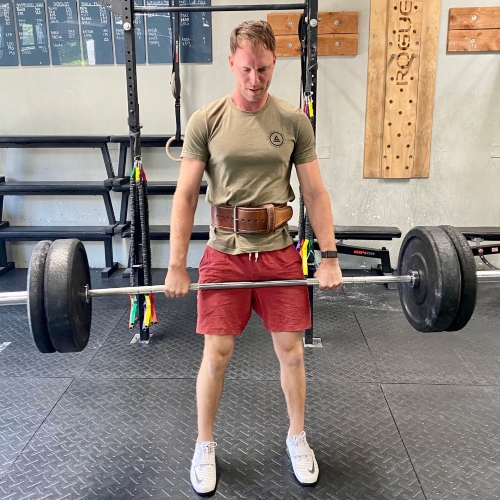 Before being introduced to CrossFit, Eric spent most of his time and energy<br /> competing in athletics in Northern California. His primary sports growing up were<br /> Basketball, Soccer and Golf. Eric realized at an early age from the influence of some<br /> close friends that weight training would enhance his performance in sports.<br /> It wasn’t until he arrived in San Diego, CA in 2007 to attend San Diego State<br /> University that this realization developed into a passion for health and fitness. Eric<br /> would often spend 3 to 4 hours a day in the university recreation center playing<br /> Basketball and lifting weights. Even though his formal education was in the realm of<br /> business, Eric spent most of his free time relentlessly searching the Internet for the<br /> latest fitness and nutritional information. Early in 2010, Eric was introduced to<br /> CrossFit and this proceeded to change the scope of everything he knew in the world<br /> of the health and fitness. He joined his first affiliate in July of 2010 and never looked<br /> back.<br /> Eric went on to graduate with a degree in Business Marketing in the spring of 2011,<br /> and in the meantime, continued his journey with sport and fitness both in California<br /> and abroad in Spain. Eric continues to be a student of the health and fitness world<br /> and is constantly eager to broaden his knowledge base.